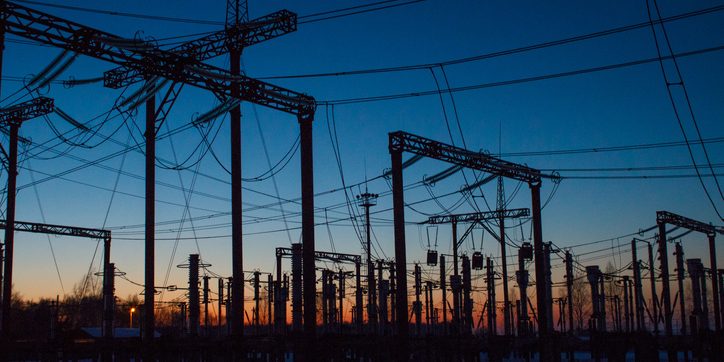 A brownout, often called a voltage slump, is a voltage drop in your electrical system. The name brownout comes from the color of the bulbs, which typically turn brown due to dimming when the voltage drops. In some cases, brownouts may deliberately be brought on by electrical companies to prevent complete voltage drop (blackouts). Brownouts can last anywhere from a few moments to a few hours. During heavy storm seasons and summer months when there is an increase in power usage, brownouts are very common. As a result, electrical damage may occur, which can lead to the frying of your computer and other beloved electronics.  Turn off or unplug computers, phones, and other electronics during a brownout to prevent damage caused by inadequate voltage.

The most common causes of brownouts include thunderstorms that may cause an interference with the electric power distribution, overloads on an electrical system, faulty circuit design, like a corroded circuit breaker, bad main terminals, or faulty neutral wires, etc., and large electrical power draws.

If it’s a neighborhood electrical grid issue then there’s nothing that can be done about the brownout. However, if it’s isolated to your home, the best way to prevent a brownout is by reducing the energy being used. This does not mean turning everything off and living in complete darkness, but it does mean cutting back. In the mornings, instead of turning on every single light in your home, plus the coffee maker, iron and ten other appliances, maybe use half that or turn lights and appliances off immediately after you’re done. If you find yourself in the midst of a brownout, be sure all your heavy power draining items such as washing machines, dryers, TVs, and heaters are switched off. This can reduce the length of the brownout. Once the brownout is over, you can go back to using your appliances.

Blackouts are a failure of the electrical power supply. Also known as a type of power outage or power failure, blackouts may last for long or short periods of time, frequently across all homes on the same power grid. These outages are often a result of power stations or industrial facilities experiencing abrupt changes in power that result in disruptions of the power supply. They often ensue when an electrical grid and/or the building circuits are in heavy usage.  In hotter months, when people tend to run their air conditioning for long periods of time, rolling blackouts are common. Planned by utility companies to avoid complete failure of the power system, rolling blackouts allow electricity to be distributed rotationally.

The most common reasons for blackouts include tripped circuit breakers (i.e. your electronics draw more power than the circuit can handle), bad weather such as high wind, lightning, floods, wildfires, etc., increased air conditioning usage during the summer, and utility company equipment failure (including the neighborhood power transformer being hit by cars).

While more modern power grid systems have been created to help prevent blackouts, they are still an issue. Unlike brownouts, blackouts have a longer recovery period and may last upwards of days. Protective relays, which are used to trip circuit breakers and fuses, are implemented for power systems to automatically know when there has been an overload or damage to the circuit. One of the best ways to prevent blackouts in your home is to shut down or unplug your electronics when they are not in use. Since days are longer during the summer months, it’s also beneficial to spend more time outdoors and wait to start running your appliances after dark. For example, if you wait to run your air conditioner once the sun has gone down, you may not have to expend as much energy cooling down your house.

We pride ourselves on being a one stop shop that is able to meet all of our client’s needs. Our goal is to provide the highest quality design, air conditioning service, and installation, on schedule, and on budget along with outstanding customer service. We understand that time and cost are crucial and we strive to go above and beyond our client’s expectations.