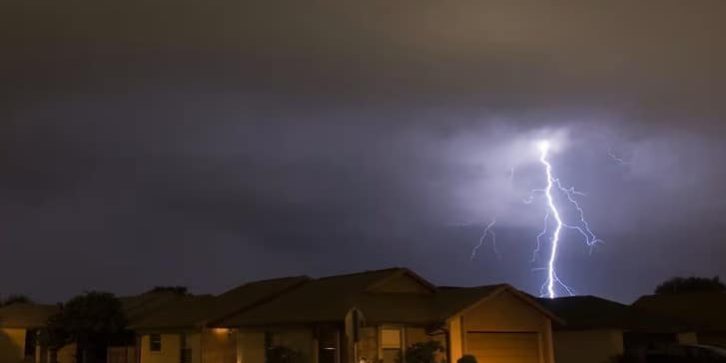 The truth is that power surges occur more frequently than you think. Perhaps you thought that it happens every once in a while, maybe when there’s a lightning storm. Amazingly, for an average home, a power surge actually happens about 20 times a day. Half the time, there’s no outside cause.

It’s true that these past few years, it seems that severe weather occurs a bit more frequently than you’d expect. But it’s also true that most households these days have too many electrical items, and many of them are used at the same time. Quite a lot of these appliances are left plugged in, draining electrical energy while leaving them vulnerable to electrical surge damage.

Your TVs and your computers are especially vulnerable to these power surges. It’s bad enough when the power is interrupted while you’re working on a document, and you forgot to save your work. What’s really bad is when your TVs and your computers are damaged so badly that you’d have to replace them. Most of the time, power surges aren’t covered by your insurance policies so you’d have to shoulder the replacement cause yourself.

Even when the power surge doesn’t totally destroy your appliances, it can damage the internal circuitry of these appliances. After a series of even low-level power surges, your appliances may just stop working because of the accumulated damage to the circuitry.

The most common cause of these internal power surges is the use of too many appliances at the same time. You may also have some issues with your electrical equipment, causing extreme drops and spikes with your power supply. Moreover, you may have faulty wiring without knowing it, since very few households make it a point to have their home electrical system inspected regularly for safety.

Are there any drawbacks to using a whole house surge protector?

The primary one is the cost. These surge protectors aren’t exactly cheap. A single unit can cost you at least $500. It’s this cost that sometimes tempt households to go with the wall outlet surge protectors instead.

You can’t really install the whole house surge protector yourself, unless you’re actually an electrical professional. If you make a mistake, you’re lucky if it just doesn’t work. You’re more likely to damage your electrical system instead. That means you need to have an electrical technician to install this for you. You’d have to pay for that expertise, and that will add to the overall cost.

The surge protector works by redirecting the excess electrical power from your home and to the ground instead. But that means you need to have the proper grounding. To make sure that you do, you’d need electrical professionals to check your grounding system. Again, that will cost money. What if your grounding system isn’t good enough? That means you’d have to upgrade it, and again you’ll need to add to your investment expenditures.

Having just one whole house surge protector may not be enough. It may not protect your appliances from all power surges caused by external sources, or from internal power surges.

So, should you go with a whole house surge protector system?

The short answer is yes. When institutions such as the Institute for Business and Home Safety along with the National Fire Protection Association all recommend this option, you better listen.

It’s true the cost can be high, at first. But it gives you the peace of mind you need so you can finally truly relax at home. You know that your appliances are protected, and that’s the kind of certainty that’s worth the expense. Replacing your appliances can be a lot more expensive.

Dead Outlet? Here’s What to Do About It
February 1, 2022
Contact Information

We pride ourselves on being a one stop shop that is able to meet all of our client’s needs. Our goal is to provide the highest quality design, air conditioning service, and installation, on schedule, and on budget along with outstanding customer service. We understand that time and cost are crucial and we strive to go above and beyond our client’s expectations.