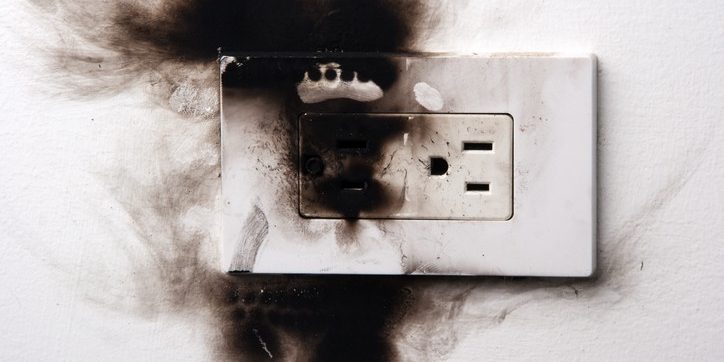 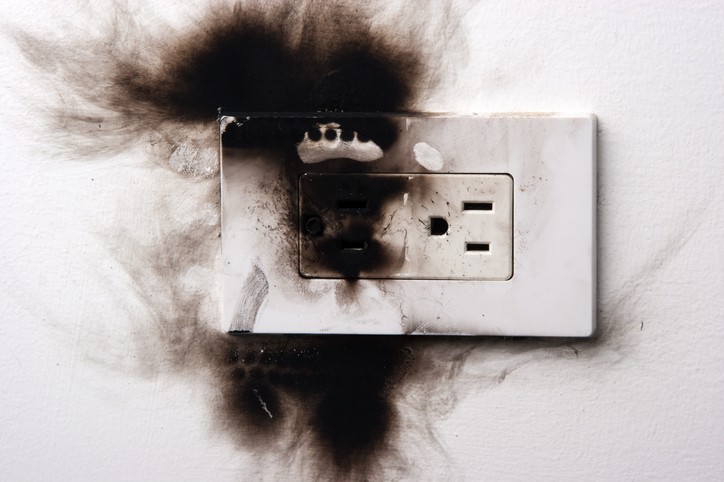 Imagine that you have just moved into your new home and are busy unpacking boxes and arranging furniture. You notice that your main bedroom does not have an overhead light, so you decide to decorate the space with several lamps. After you have all the lamps in place, you plug one of them in, turn it on, and nothing happens. Assuming the light bulb to be the culprit, you switch it, but your lamp still does not turn on.

You know that the problem can’t be with your lamp as it was working perfectly in your old home. So, you start checking other lamps in the outlet, but they won’t turn on either. This is when you realize the problem isn’t with your lamps or their bulbs, it is with the electrical outlet. Now, there are a number of reasons for the electrical outlet failure.

Typically caused by an overloaded system, a tripped circuit breaker is the most likely cause of a dead outlet. So, if an appliance or device refuses to switch on after you plug it into an outlet, this is the first thing to check for. But, to ensure your safety, don’t do this yourself. Instead, call in a professional electrician to help!

If the main electrical panel installed in your house is old, then you may well have a blown fuse. You can replace the blown fuse easily and affordably by enlisting a professional’s help. In case you have a circuit, then all your electrician may have to do to restore function is turn on and off the switch leading to the problem outlet.

Generally, tripped breakers are nothing to be worried about as tripping of a breaker means that your electrical system is working to prevent fires in your home. When the electrical system becomes overloaded, the breaker flips to stop the supply of power and prevent perilous electrical conditions.

However, if the circuit breaker keeps getting tripped by an appliance, then it is an indication that sufficient voltage isn’t getting to the outlet powering the appliance. There are a few solutions to this including updating your wiring, redistributing the circuits, and upgrading the circuit breaker. Again, it is best to make sure these activities are performed by a professional electrician.

The identification of a tripped breaker is not that difficult. Head towards your main electrical panel and you will notice a switch completely flipped to ‘off’. In case the switch isn’t flipped to off, firmly switch it to off and then turn it back on.

A wire connector, a wire nut has one main purpose—keeping all wires covered and joined together. And, this can only be a good thing since no one wants exposed wires. To connect wires, some electricians use wire nuts. However, the wire nuts are designed only for covering wires. So, using them for any other purpose can cause the inner wiring to develop problems, which in turn will prevent your electrical outlets from working properly.

Most people assume major problems and complex issues with their electrical system whenever an outlet goes dead. In doing so, they completely disregard the simpler reasons for the problem. An example of a simple reason for a dead or inappropriately working outlet is tripped GFCI or Ground Fault Circuit Interrupters.

Not checking the status of your GFCI when you have a dead or inappropriately working outlet is one of the biggest mistakes you can make. Once again, to ensure your safety, don’t check the GFCI yourself. Instead, call in an electrician. Part of individual plugs, GFCI works in a manner similar to the circuit breaker. For instance, if there is a power surge, the plug will be turned off by the GFCI. Generally, to restore power, all that the electrician will have to do is press a small reset button on the surface.

You may already know this but a warm or sparking outlet is something you need to be worried about. Both an excessively warm outlet and a sparking outlet are a major risk. Shut off the outlet’s breaker switch before you approach the outlet again. Then, unplug the outlet. I shouldn’t have to repeat this but don’t this yourself and let a professional do the job for you. There is a possibility that changing the receptacle is the only thing you may have to do to restore function.

Just like everything else, electrical outlets have an expiration date. They will perform their function for a while but eventually a time will come when they get worn out. A worn-out electrical outlet will either stop working completely or it will give you lots of problems. So, if an outlet in your home that has been there for a decade or longer is giving you problems, then you’d do well to get it professionally replaced.

When you need your outlets and switches replaced, call Speedy Electric!